The beginning of our childhood. We were all cojoined and brought together by one passion and one love. The captivating creation of Harry Potter, written originally by the creative genius that is JK Rowling. It is now exactly 10 years since we saw Harry Potter for the first time on the silver screen. It has become the highest grossing film series of all time.

We were bound by new friendships that we made with people from across all borders, and some will have found love through it, all because of one woman... Jo Rowling. We have now come to the end of that era, with the last film released and no more books to be released. The beginning of a new era has begun. It is time to start afresh. To start anew.

Thank you, Harry, and thank you, Jo... for everything.

“You are my childhood.” 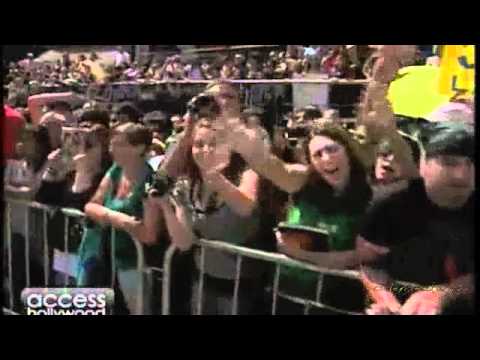 It’s been long time coming, but we’ve made it this far.
Others might not understand, but that’s alright, ‘cause we know there’s more to it.
This ain’t like anything else we’ve ever experienced, and frankly, I find that amazing.
Now some could say that it’s a fad, that it’s a trend, that someday, it’ll all fade away.
But I don’t believe that. In such a short period we’ve made bonds that will last lifetimes.
And I’ll be damned if I allow myself to let go without a fight.
This phenomenon is blind to age, gender, race, and location.
So even though we’ve reached the end, it’s not over yet.
We’ll still have each other. All the friendships, and all the laughs.
And when it seems dark, we’ll all be there with out stretched hands.
Life’s a funny thing. It can present you with surprises around every corner.
No one knows what tomorrow will bring, but we can hope that it brings us all a little bit closer.

We have the power of choice. We have the power to define our own future.
We merely have to step up to the plate and take hold of what we care for,
Not letting go of our dreams and wishes just because people tell us this all has a life span.
We all came across this by chance, and I’d be surprised if anyone at the time
Would have been able to predict that it would become what it is today.
It’s true, some things will slowly drift beyond the immediate,
But as a whole, we’ve cultivated something that defies boundaries.

Now I know I can’t speak for everyone, I can only express my own feelings and views,
But I have a pretty good inclination that a lot of you are going down the same road as myself.
Ten years, ten short years. If only we had begun at year one.
Imagine where we might have been by now. But I digress.
As a great man once said, “It does not do to dwell on dreams and forget to live.”
We’re being given a fresh start. A new era is fast approaching.
But this time around, we are the storytellers.

Credit goes to GoldenSeeker22 for the video, and Oliver Boyd and the Remembralls for the song and it's lyrics.

Feel free to share any of your thoughts and favourite videos, guys. I know that i sure as hell will.